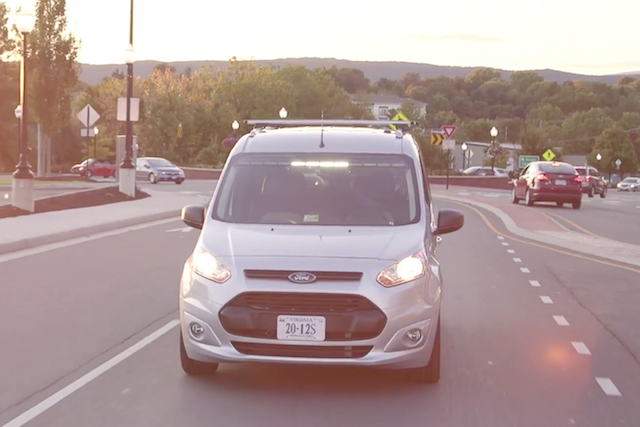 A van in Virginia which has been driving 'autonomously' is actually being controlled by a man hiding in a car seat costume.

The Ford Transit Connect caused quite a stir at the start of August when it was seen by reporters driving around with no one at the wheel, especially when they discovered that it was in fact being piloted by a man hidden in the seat.

Ford has been using the van to investigate how humans interact with driverless vehicles, with the research being carried out by the Virginia Tech Transportation Institute.

However, it has just been revealed that the project has actually been funded by Ford itself.

It fitted a light bar to its van, signalling different actions from the van, testing how autonomous cars may be able to interact with each other, and humans too.

Ford said the light bar was added to "preview a new international language of sorts, or to set industry standards for autonomous car communication."

The van has now been driven for 150 hours and has collected 1,800 miles of driving data, which is now to be analysed by the researchers.

Ford plans to have a fully autonomous car on the road by 2021.