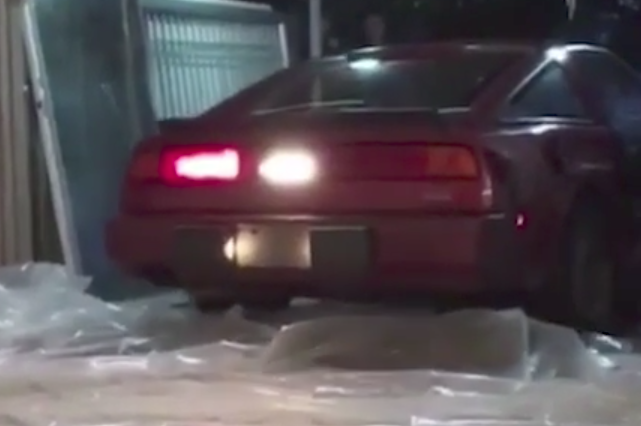 A man in Florida managed to park his car in his living room to protect it from Hurricane Irma.

Tomas Acea had made a deal with his wife, Mai-Lee, to park his Nissan Z car in their front room, although she didn't realise that he would fulfil his promise to protect his car from the powerful storm.

To begin with, Acea couldn't get the car into the house, although he eventually found a way by removing the sliding glass door, much to his wife's annoyance.

To protect the car from the storm, which has caused destruction across the Caribbean and parts of Florida, it was covered in plastic film. Despite their precaution, the home didn't actually flood.

Maci-Lee Acea said: "I never imagined he'd actually attempt to put the car in, so I never assessed whether there would be damage or not."