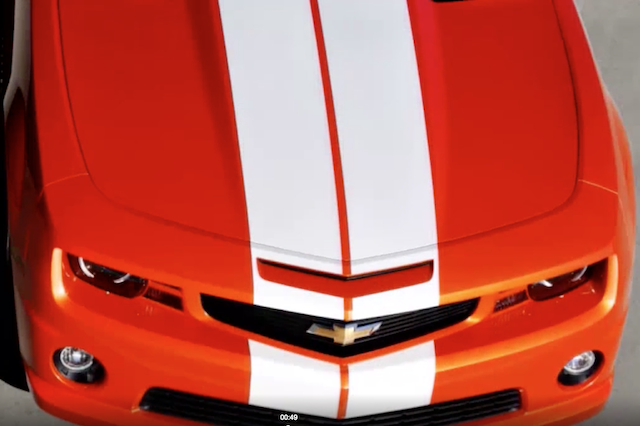 What would you do if you saw a stranger driving your husband's car? Florida woman Mari Agredano-Quirino found herself in that situation, and filmed herself confronting the driver as he stopped to get food.

The car, a limited-edition Indy 500 Chevrolet Camaro, had actually gone into the dealership for a routine service. Agredano-Quirino and her partner were heading for lunch in their other car, when they saw the Camaro pass them at a crossroads. Instantly recognising its distinctive white-striped colour scheme, they took chase.

When they caught up and spoke to the driver, a mechanic from the garage, he claimed it was simply a standard test drive. But Agredano-Quirino confronted him in the driveway of a fast-food restaurant – suggesting it was more of a joyride than anything routine.

The driver appeared speechless, simply saying 'you're making me nervous' as the owner repeatedly asked what he was doing with her car.

The dealership in question, Chevrolet in Montebello, Florida, has issued a video apology via Facebook.