Parents could be fined £130 for driving children to school 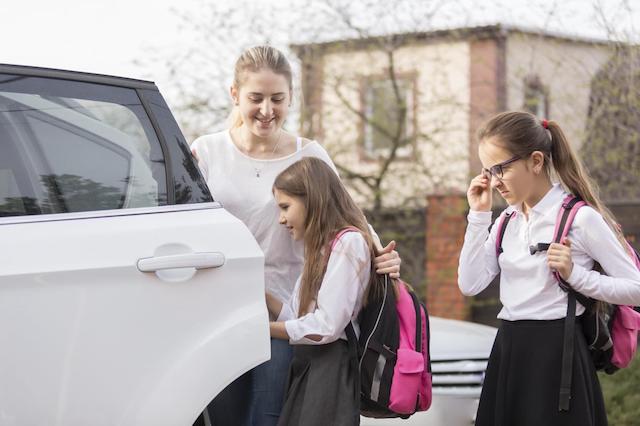 Children are heading back to school this week, and Croydon Council is taking that opportunity to experiment with ways to tackle school run congestion. The latest scheme uses automatic number plate recognition to set up 'exclusion zones' around three southeast London primary schools, where parents will face a £130 fine if they enter to drop their children off.

The exclusion zones will cover drop-off and pick-up times – from 8am until 9:30am, and then again from 2pm to 4pm. Residents and their visitors will be able to apply for permits – but anybody else driving through will receive a £65 fine, rising to £130 after 14 days. Blue Badge holders are exempt from the scheme.

The scheme will be in place for six months initially, and if it proves successful in cutting congestion around school zones it could be extended to more schools across Croydon.
The problem of school zone congestion is a tricky one, as James Collins, a governor at one of the affected schools, told The Times: "We've been lobbying police and the council, saying that the area is dangerous and there is a risk to children. This is the council's response to the bad parking and speeding that's been happening."

Congestion near school zones has been blamed for everything from dangerous levels of air pollution to a high incidence of pedestrian accidents. Croydon Council's scheme follows a recent initiative in east London, which would see motorists fined £20 if they let their engine idle while dropping off or picking up children at school.