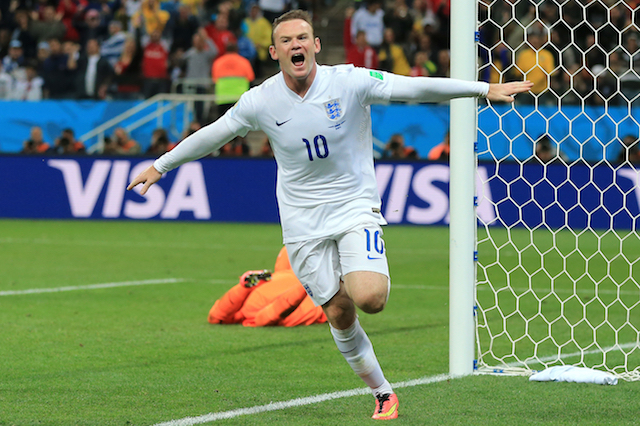 Everton and former England football star Wayne Rooney has been charged with drink-driving.

Rooney, 31, was arrested while at the wheel of a Volkswagen Beetle in Wilmslow, Cheshire, at 2am today.

The news comes after he announced last week that he would be retiring from international football after a career that saw him score 53 goals in 119 appearances for England and become the most prolific goalscorer in the history of the national team.

Rooney is understood to have been on a night out at the Bubble Room Bar in Alderley Edge last night. He was seen having dinner with a few former Manchester United teammates including Wes Brown.

Cricketer Jack McIver, who was also at the venue, posed for a selfie with Rooney.

He shared the photo on Instagram at around 10pm last night with the comment: "International Break #legend."

England play Malta tonight in a World Cup qualifier, but having called time on his international career Rooney is not involved.

After spending last night locked up in a police station, Rooney was today granted bail and is due to appear at Stockport Magistrates' Court on September 18, the day after Everton play Manchester United – his former club – at Old Trafford in the Premier League.

Rooney's wife Coleen is pregnant with the couple's fourth child. The family's home is in Prestbury, Cheshire, about six miles away from where he was stopped.

A police spokesperson said: "Wayne Rooney, aged 31, has been charged with driving whilst over the prescribed limit.

"He has been released on bail and is due to appear at Stockport Magistrates' Court on September 18."