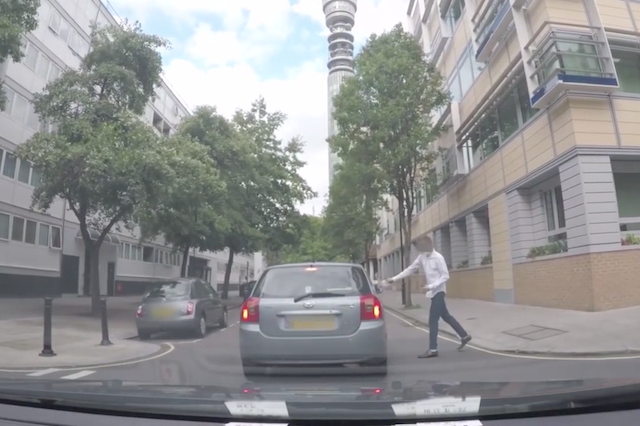 This is the bizarre moment a pedestrian got into a confrontation with a driver after almost stepping out in front of his car.

A motorist following behind captured the incident on their dashcam as they drove along Clipstone Street in the Fitzrovia area of London.

A silver Toyota Corolla in front can be seen braking hard to stop as a pedestrian blindly walks into the road.

Busy with his phone, the pedestrian steps off the pavement and would have walked into the path of the car if the driver hadn't reacted rapidly and also beeped his horn to warn them.

However, as the driver confronts the pedestrian, he shouts back and shockingly throws a drink over the driver before walking away.

The driver, clearly enraged by this, stops the car and hurls an object at the pedestrian.