Alfa Romeo to return to BTCC with dealer team 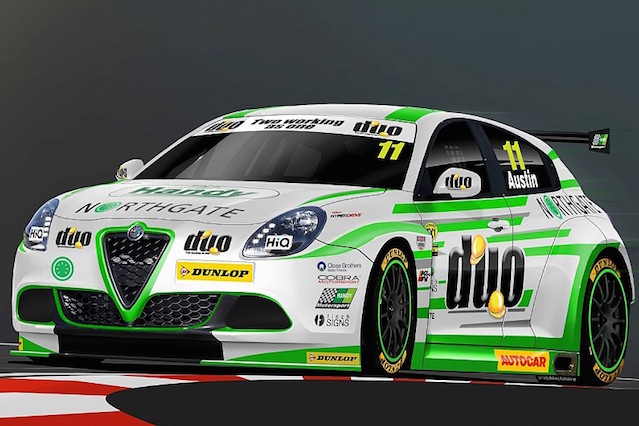 The Alfa Romeo brand will return to the British Touring Car Championship (BTCC) in 2018, it has been announced.

Swindon-based Handy Motorsport has joined forces with the Alfa Romeo Dealer Council to re-enter the event after a 10-year absence.

A front-wheel drive Alfa Romeo Giulietta will be piloted by Rob Austin, the current driver for the team. Handy Motorsport already races in the BTCC with a Toyota Avensis, but it will be dropping that in favour of the Alfa.

Alfa Romeo last won the BTCC in 1994 when they scooped the title with Gabriele Tarquini at the wheel of an Alfa Romeo 155.

Despite the programme not being a fully-fledged entry by the manufacturer, Alfa Romeo's 62 dealers will be encouraged to get behind and support the project.

Simon Belcher, owner of Handy Motorsport and a former BTCC racing driver himself, said: "It has been a long project to bring Alfa Romeo back to the BTCC, with many people working on the exciting development for some time – it's incredible to have brought everything to fruition and an honour to be running the Alfa Romeo marque.

"Alfa Romeo is a passionate brand, steeped in heritage, and we have already started building our first bodyshell. Not only is this huge for Handy Motorsport, and fantastic for Alfa to have the latest Giulietta on the BTCC grid, it's also massive for the BTCC as a whole."

Rob Austin commented: "Driving an Alfa Romeo in the BTCC championship next season? It doesn't get much more exciting than that!"