Volkswagen lifts the lid on T-Roc 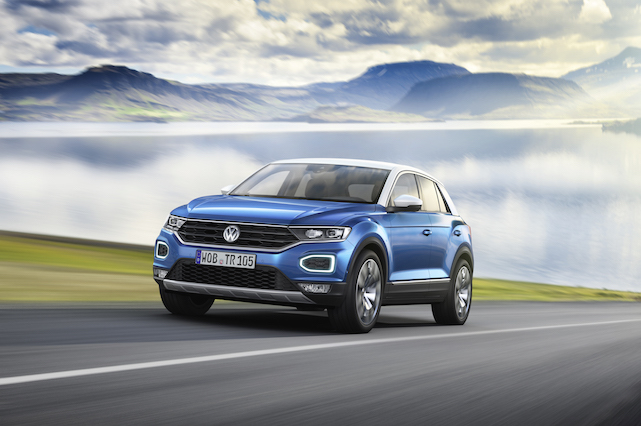 The T-Roc is the German automaker's latest entry into the ever-growing market of crossovers and is up against the likes of Audi's Q2 - on which it is based - Nissan's Juke and the Toyota C-HR among others.

Volkswagen lifts the lid on the T-Roc
Up Next

In terms of design it is easy to see that its sibling is the Audi Q2, especially at the rear where they both share a large panelled area behind the rear doors.

Inside, the T-Roc has some funky touches such as trim and upholstery designs that match the exterior.

It's practical, too, with a capacious 445-litre boot capacity. Fold the seats down and this increases to an impressive 1,290 litres – enough to cart garden waste to the tip.

There is also a choice of either a six-speed manual gearbox or a seven-speed DSG automatic.

Prices for the T-Roc will start at around £18,448, with the car hitting dealership forecourts across Europe from November later this year.