'Drunk' driver arrested after smashing into 17 cars ‘while parking’ 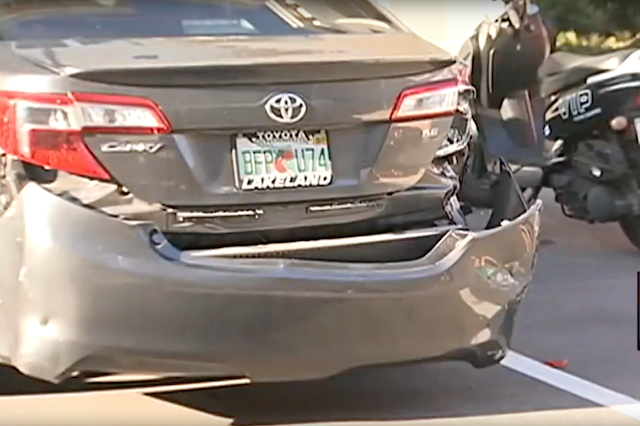 A man from Florida was arrested for suspected drink driving after crashing eight times and smashing into 17 cars in a parking lot.

Tony Futch, 25, of Orlando, crashed through the gates of an apartment complex and rammed into various vehicles.

The video shows the aftermath with his navy blue Chevrolet Blazer bearing the brunt of the damage.

Speaking to CBS News, witnesses described Futch as 'so out of it, he couldn't even talk'.

Futch, refused to give a sample of his breath and was arrested at the scene, claiming he had been trying to park.

He was taken to Osceola County Jail and could face 17 charges of driving under the influence.

Another witness can be heard describing his fears that someone was going to get run over. Another neighbour said: "It was a disaster last night, a disaster."

The cost of repairs to each vehicle is yet to be calculated.