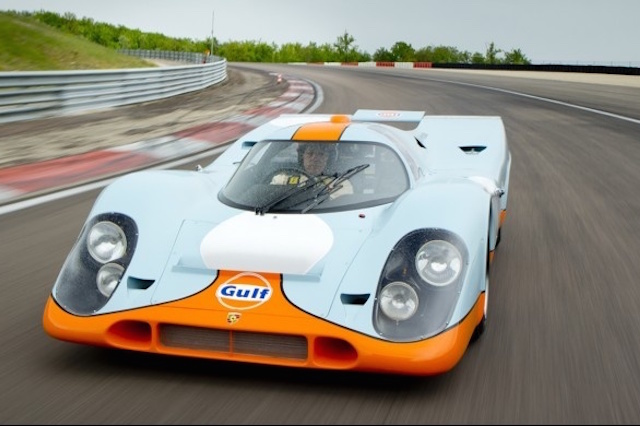 The 917K was the car used by Porsche to win Le Mans in 1970 and 1971, although this particular car – chassis number 024 – never actually competed in races. It was instead used in Le Mans pre-training and for testing at the Nurburgring.

Steve McQueen Porsche 917K makes $14 million at auction
Up Next

It is most famous for its on-screen appearances, particularly the renowned film 'Le Mans' from 1971 where the car was driven by actor Steve McQueen.

Around the time of filming, this 917K was owned by Swiss Formula 1 driver Jo Siffert, who tragically died in 1971 when the suspension of his BRM Formula 1 car gave way during a victory lap at 160mph. At his funeral, this car would lead the procession.

Several years later the car was sold to a French collector who locked the car away until it was discovered in a garage just outside of Paris in 2001. The car was miraculously still in its original preserved condition when it was unearthed, becoming one of the greatest 'barn finds' of recent years.