Meet the woman who lives in a van 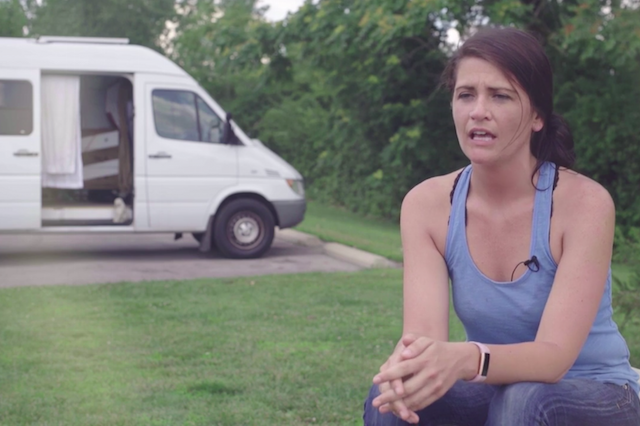 Most people would rather avoid mortgage payments and household bills if they could, but few would go to the extent which this woman has gone to – living entirely in a van.

Eileah Ohning, from Columbus, Ohio has adapted a standard Freightliner Sprinter High Top van to be her full-time home. The van – called Marta - has been converted over the past seven months and features full cooking facilities, a bed, solar panels as well as a sofa.

Despite taking as long as it has, there is still further work required, including building closets and a shower and toilet inside the van.

Yet the 31-year-old, who works as a producer of photography, is familiar to this type of living, after having previously lived in an Acura TSX for a year.

She said that she had rented houses, but researched other ways of living that are much cheaper.

Ohning said: "You've just got to grab hold of this crazy idea you can't get out of our head and go for it.

"Minimalism is about living off what you need. That's the motivation for me."
Tags
Read Full Story