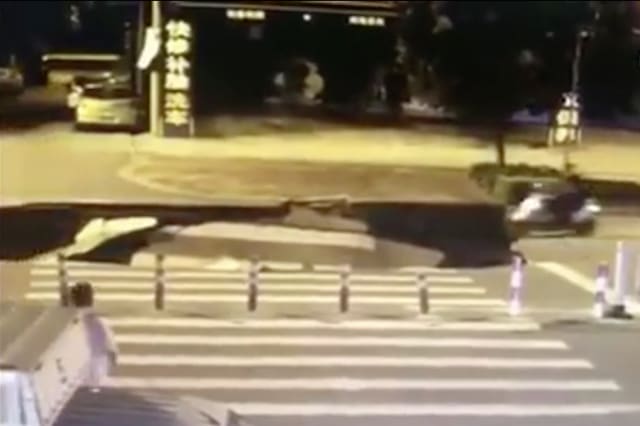 This alarming footage from China shows exactly why you shouldn't drive while on your phone, as a man on a mobility scooter fell into a sink hole.

The hole had suddenly opened up on the Chinese street moments before the unlucky driver came into shot.

As they were not paying attention to the road ahead, which thankfully didn't have any other traffic on it at the time, the driver was lucky not to have crashed sooner. But his lack of attention meant that he fell into the hole at speed.

A pedestrian had tried to stop the man from ploughing on but it was too late. The driver reportedly didn't see the hole until he was falling into it. Luckily the man escaped without injuries.