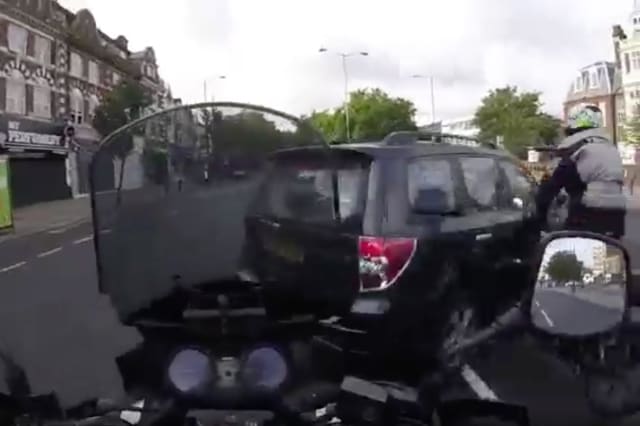 This is the scary moment a car turned into a line of traffic causing a motorcyclist to hit it.

The Subaru Forester failed to indicate as it steered across the three lanes of traffic running through Stamford Hill, London, and didn't leave enough time for the motorcyclist to avoid it, causing the crash.

A fellow motorcyclist filmed the incident on their helmet camera and managed to avoid the SUV, but the other biker wasn't so lucky.

The motorcyclist hit the car at speed and the force of the impact caused their helmet to fly off, with it landing a few metres away from the scene.

The motorcyclist that filmed the crash and his passenger stopped as soon as they could and went to assist the stricken biker, who appeared to be shaken up but not seriously hurt. The occupants of the Subaru also got out to help.