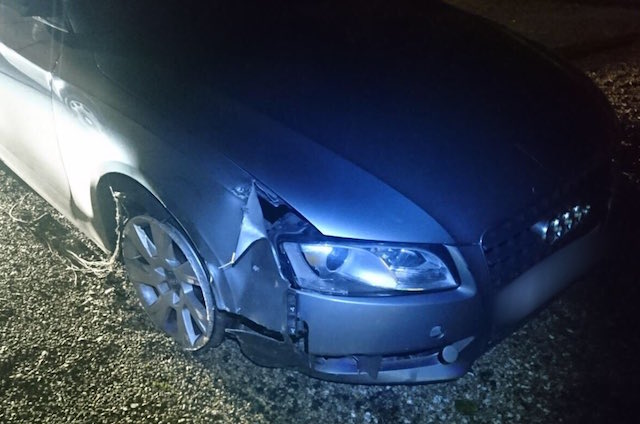 A suspected drink driver has been arrested after driving with just three tyres.

Sussex Police arrested the man on Friday night after they followed the marks left on a road from his missing tyre.

The damage eventually led the police to the address of the man, where the car – a grey Audi A5 – was parked outside with no tyre on the offside front wheel. The force posted a photo on Twitter showing that the car had also sustained damage to its front end.

A 52-year-old male was arrested and taken to custody, police have confirmed. They also added that the car had collided with a vehicle in the village of Bepton and that it was traced to an address in the Midhurst area of West Sussex at about midnight. Police also told the Midhurst and Petworth Observer that no one was injured in the incident.

Sussex Roads Police tweeted: "So the wheel gouges led us back to the driver's home, and he is now in custody for drink-driving."
Tags
Read Full Story Click here to comment