Awkward angle at level crossing throws cyclists off their bikes 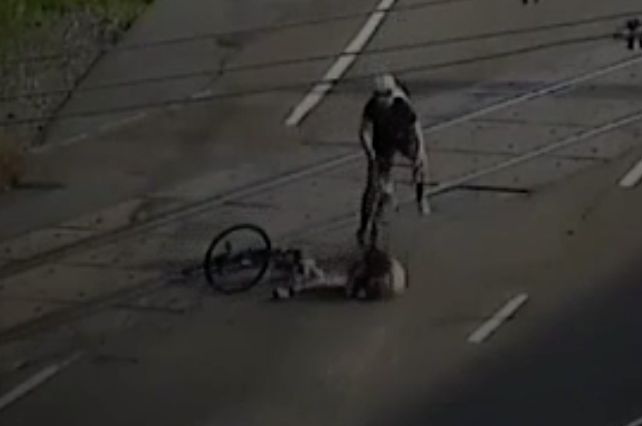 A level crossing in Tennessee has had to be adapted after cyclists were being thrown off their bikes.

The level crossing in Knoxville has been causing havoc for cyclists because it's set at a 45-degree angle to the road, meaning their tyres get stuck in the tracks causing them to fall off their bikes.

Action was finally taken when engineering professor Chris Cherry witnessed his wife falling off her bike, and decided to do something about it.

Cherry set up a camera covering the level crossing and was shocked by the amount of people who were falling off, as were the city's officials.

The National Highway Traffic Safety Administration recommends that cyclists cross tracks at 90 degrees, but the costs to alter the track design meant alterations were not feasible.

A cycle path has since been painted on the track, allowing riders to cross the track at a near right-angle.

Cherry says the altered design has nearly eliminated crashes on the crossing.