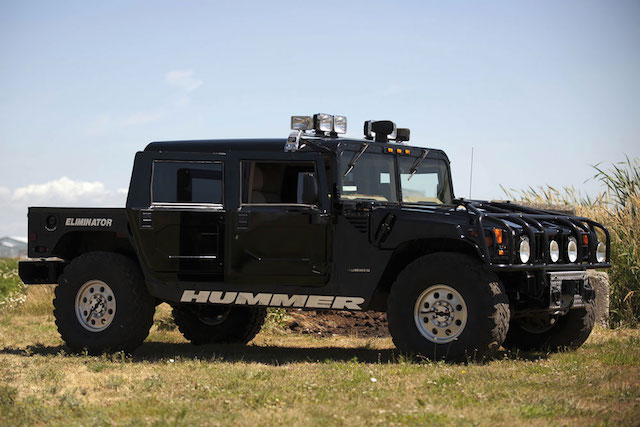 A 1996 Hummer H1 owned by rapper and actor Tupac Shakur is to be auctioned off later this month.

Tupac Shakur's Hummer H1 up for auction
Up Next

The H1 was known for its utilitarianism and was an adapted version of a car designed specifically for military uses – the M998 Humvee.

Yet despite this, Skakur's car was still heavily modified, and featured a range of upgrades including diamond-plate bumpers, a 360-degree spotlight, a 12,000-pound winch, a tyre inflation system and a 12-disc Clarion sound system.

The late rapper purchased the Hummer just one month before he was shot, and it was the last vehicle he ever bought. The Hummer has covered just 10,101 miles and features a licence plate reading "YANKPAK', honouring Shakur and late rapper Yaki 'Prince' Kadafi. It is described by the auction house as in "fine" condition.

The Hummer is being sold by Boston-based RR Auction in a special Pop Culture auction, that includes other special lots such as signatures from the Beatles, original hand-written scripts from Steve McQueen and a famous green umbrella used by Britney Spears in 2007 at the time of her infamous meltdown.