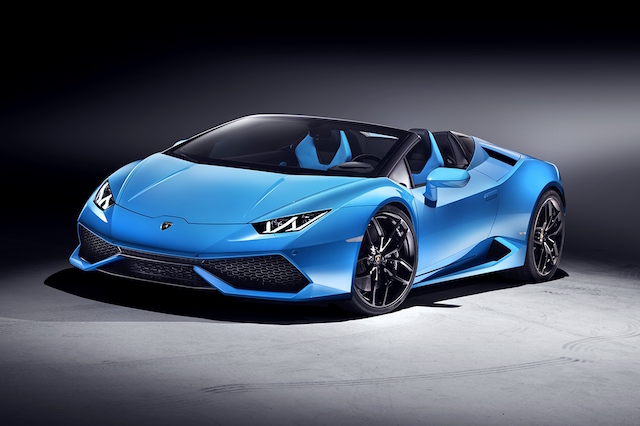 A Lamborghini that mysteriously disappeared after being hired in Switzerland and driven to Britain has been found.

The Huracan Spyder, worth £250,000, was discovered in London, hidden in a shipping container than was destined for West Africa.

The supercar was originally hired by a woman, described as smartly dressed and Irish, in July. It's claimed the thief told Scheiwiller, a Zurich-based rental company the car was taken from, that she was driving the car to Strasbourg and back after placing a £2,000 deposit — but instead she drove it to Calais to be transported to London.

Unfortunately for her, the car had GPS tracking, which last traced the vehicle to an IKEA car park in the capital.

The Lamborghini was then found by a detective in the Africa-bound shipping container, after receiving a tip-off from an owner of another car being shipped, who recognised the Huracan from images online.

Adriano Scheiwiller, managing director Scheiwiller, said: 'The Lamborghini was on the way to West Africa and was found before shipping, it's a miracle my investigator found it. It could have been gone if more time had passed.'