Five things we learnt getting hands-on with Project Cars 2 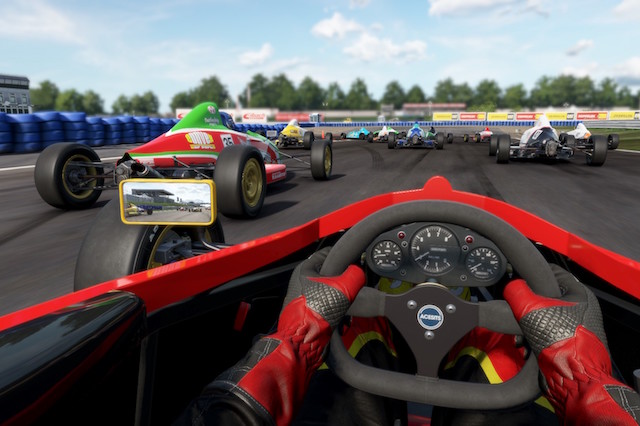 Project Cars 2 is less than a month away, with its release scheduled for September 22, but we've been lucky enough to try it out. There were many notable points, but these are some of the most important things we discovered about Project Cars 2.

IndyCar's presence on Project Cars 2 extends beyond the official 2016 grid. While the game doesn't feature every track from the series' calendar, you will be able to play an IndyCar season in the game's career.

GT series such as the US-based Pirelli World Challenge also feature in the career mode, adding more exciting elements to the already strong career mode from the first game.

The Project Cars 2 Rallycross mode bares very little resemblance to Codemasters' Dirt series. If you've played those games, your instincts may tell you to use a lot of steering correction around corners. However, on PCars 2, accelerating to four-wheel drift is key.

The racing is fun and frantic, with the game's AI proving well-suited to the conditions.

As with the first game, GT3 cars are well represented in Project Cars 2. With 14 on the roster at launch, you won't be hard-pressed for a new driving experience in the class!

While GT3 has a litany of choice, that's not at the expense of other classes in the game. The overall car list is limited when compared to Gran Turismo or Forza, but somehow, Project Cars 2 still manages to feel wonderfully expansive.

The graphics are a work of art

Whether it's on a top-spec PC or a standard console, the game's visuals are incredible. Driving at night with Le Mans cars from the golden age of motorsport is one of the most spectacular experiences we've had on a video game.

Flames, flare, smoke and spray – it's a thing of beauty as much as it is a simulator.

It works on a controller

The first game was often close to impossible with a controller, but even if you were on a wheel, the game would bite you before you even had a chance to catch a slide. The problem was so prominent that factory-racing drivers informed them that it was unrealistically tricky in testing.

The physics and usability have been optimised, and the game is now perfectly manageable on a controller. It's not easy – and nor should it be - but as long as you're willing to concentrate and drive realistically, it will reward you.

While some of its sharper teeth have been removed, Project Cars 2 is a hardcore simulator. If you're not a fan of being challenged in your gaming, this probably isn't for you. However, if you enjoy PC simulators or the harder parts of Gran Turismo or Codemasters' F1 franchise, this game should fit you well.

If you tried the first game and felt put off by its bugs, it would certainly be worth picking up Slightly Mad Studios' sophomore release. Everything that made it tough to love has been refined and revamped, and everything that was great has been turned up several notches.