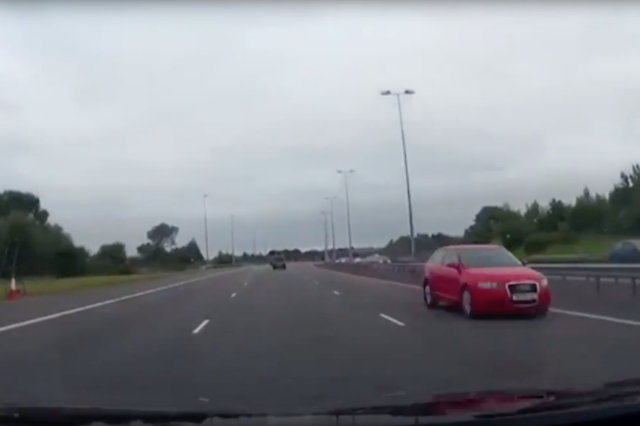 This is the frightening moment a driver was caught on film traveling down the M6 toll the wrong way, shortly before causing a major crash with two other cars.

The dash cam captured the incident near Cannock in Staffordshire on Wednesday afternoon during rush hour.

The driver, a woman believed to be in her 60s, can be seen travelling in the fast lane of the M6 toll road on the wrong side of the carriageway.

The red Audi A3 hatchback narrowly avoids causing an accident with the camera car and just minutes later is involved in a smash with another two vehicles, one of which was very badly damaged, according to reports.

West Midlands Police confirmed the incident had taken place on the southbound carriageway and said no one was injured in the incident. No one has been arrested following the crash.