Man banned for towing a person in wheelchair with his car 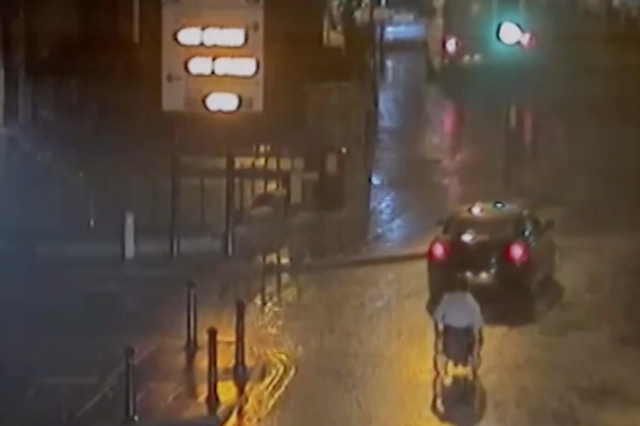 A man has been banned from driving after he was filmed towing another man in a wheelchair along a road.

Footage of the incident in Harrogate last January shows Michael Ward, 20, driving his black Hyundai coupe with 28-year-old William MacPherson holding on to the rear wing while in his wheelchair.

The two are seen driving around Cheltenham Parade and then Cheltenham Crescent, but they also drove along other roads with Ward even reversing so MacPherson could grab hold of the car again after losing his grip, reported the Harrogate Advertiser.

Ward, of Walworth Avenue, Harrogate, pleaded guilty at the town's magistrates' court to dangerous driving. He was handed a 20-month driving ban and ordered to complete 200 hours of unpaid work, as well as pay £85 costs and an £85 victim surcharge.

MacPherson, of Link Way, Harrogate, pleaded guilty to holding on to a vehicle for the purpose of being drawn.

Afterwards, Rob Roberts, a traffic constable for Harrogate's road policing team, said: "Ward and MacPherson acted selfishly that night. They paid no regard to the safety of other road users or pedestrians and chose to act in a dangerous manner.

"I hope the sentence that has been handed to them teaches a lesson to both them, and others, that reckless behaviour will not be tolerated on our roads."