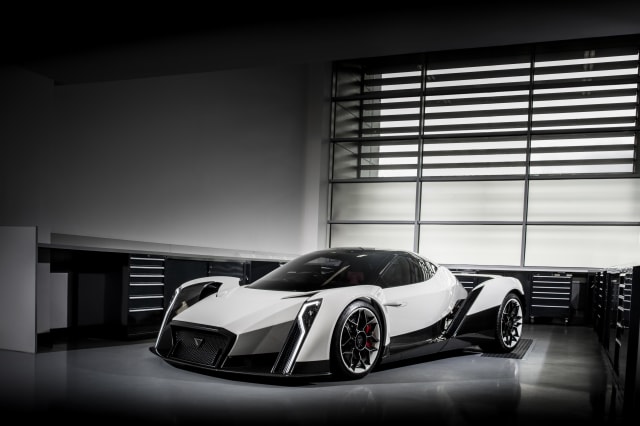 Singapore's first hypercar – the Vanda Dendrobium – has been seen being tested on public roads near the factory of Williams Advanced Engineering, Vanda Electric's technological and engineering partner.

The striking all-electric model is the first to come from the south east Asian state and can be seen in the video on public roads, possibly for the first time. It is unclear exactly where this was filmed, but it can be assumed it was near the Williams factory in Oxfordshire.

Vanda is looking to offer the Dendrobium with hypercar performance, such as a top speed in excess of 200mph and a sub-three-second 0-60mph time.

The Singapore brand partnered with Williams Advanced Engineering as it is currently one of the leading companies in electrification and vehicle performance, and by the looks of it the Dendrobium is on its way.

Although it is unlikely it will be on the roads before 2020, it seems it is making good progress from a concept to a reality.