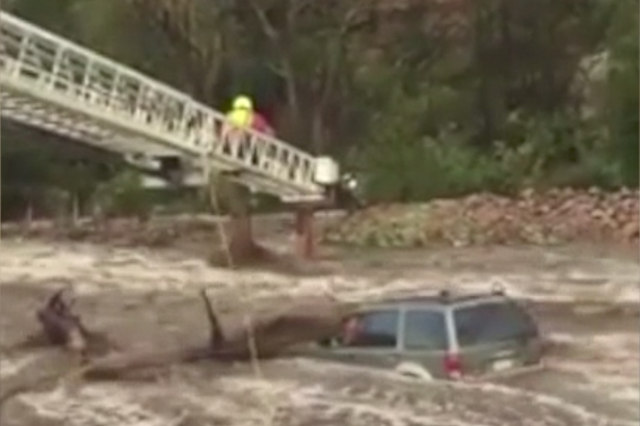 Video footage has captured the heroic moment a rescue team saved a man and his dog who were stranded in their SUV in raging floodwaters in Colorado.

Fremont County Sheriff's office posted the video on its Facebook page. The man had reportedly parked his car in a dry creek bed, but it quickly became flooded during heavy rain.

With the fire engine's ladder extended into the water, a member of the fire department can be seen crouching at the edge of the ladder, before tossing a rope to the man in the car. The dog and the man are then pulled from the car to safety.

The fire department has since thanked all the departments who helped in the rescue, including the police, emergency management and also civilians who assisted in the operation.