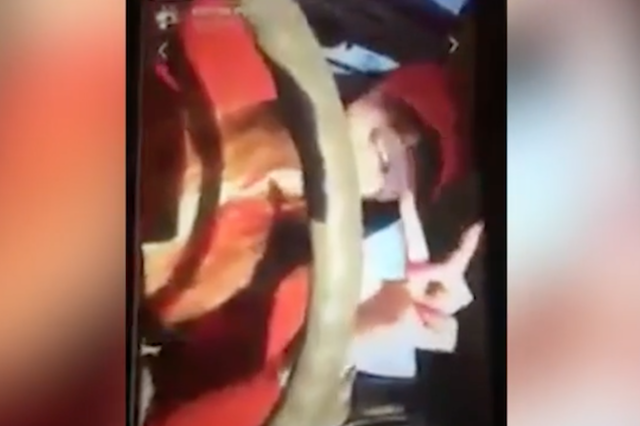 A teenage survivor of a horrific car crash that was livestreamed by the driver says she blames social media.

Manuela Seja, 14, says she blames social media instead of the driver, 18-year-old Obdulia Sanchez, who was using her phone to livestream on Instagram from behind the wheel when the crash happened.

The incident occurred 75 miles from Fresno, California. Sanchez' 14-year-old sister Jacqueline died after being ejected through the windscreen after Sanchez lost control of the vehicle they were traveling in, causing it to roll into a field.

The video shows Sanchez holding her phone while trying to steer and making lots of gestures to the camera instead of concentrating on the road.

Seja, who was also a passenger and survived the horror smash, said: "Honestly, I'm not mad at anybody and I don't blame anybody.

"It's all affected by social media. That's what life is now. And it's going to advance more and more. That what it's going to be about."

Sanchez was arrested on suspicion of drink driving and vehicular manslaughter. She remains in jail with a bail set at more than £229,000. She will appear in court later today.