This is the shocking moment a police car came across a Volkswagen Golf and a Mercedes travelling at speeds of 134mph during a race on a public road.

The pair were caught on camera on March 5 traveling on a section of dual carriageway in Sutton Coldfield in the Midlands. 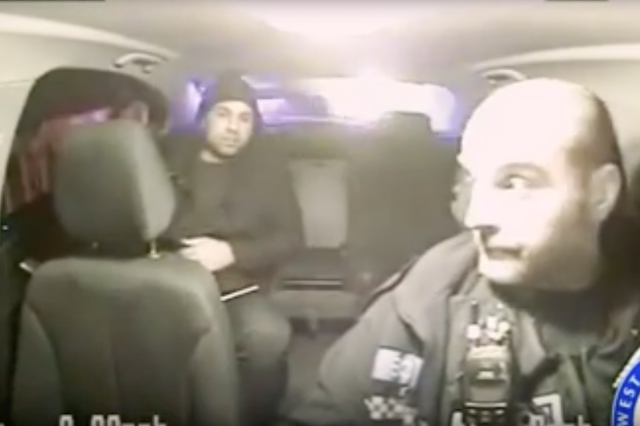 The video shows the police officer, who was travelling in an unmarked police car, having to do excessive speed to keep up with the racing duo who seem to fail to spot the blue flashing lights and sirens behind them.

At one point the footage shows one of the men being questioned by a police officer about why he was traveling at such excessive speed.

The man fails to reply and shrugs his shoulders.

Three men were involved and were identified as Amar Paul, from Barrow Drive in Edgbaston who was driving the Volkswagen, and Tejinder Bhuee of Fitzroy Avenue, Harborne, and Zafar Iqbal of Victoria Road, Oldbury who were both traveling in the Mercedes.