Incredible collection of rare Ferraris up for auction 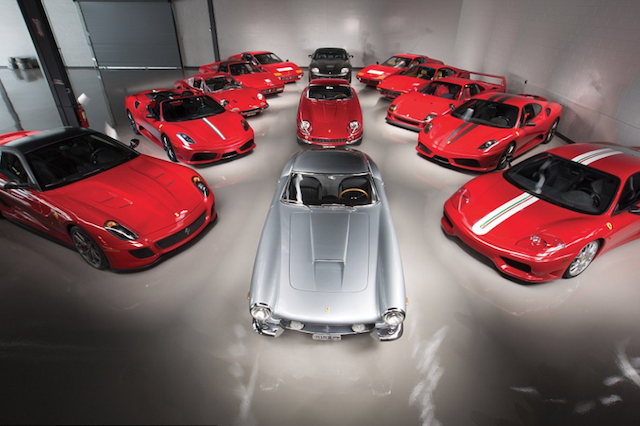 This astonishing private collection of 13 rare and exotic Ferraris is being auctioned off next month.

To own a Ferrari is a dream for many, but this collector is parting with 13 of them.

One of the highlights is a 1961 Ferrari 250 GT SWB Berlinetta, which is set to make at least £10 million on its own. This is a highly sought after model with just 165 ever made.

Incredible collection of rare Ferraris up for auction
Up Next

If it does fetch this sum, it will become one of the top 50 most expensive cars ever sold at auction.

All the cars from this impressive Italian stable will be sold without reserve at Sotheby's auction in Monterey, California on August 18 and 19.