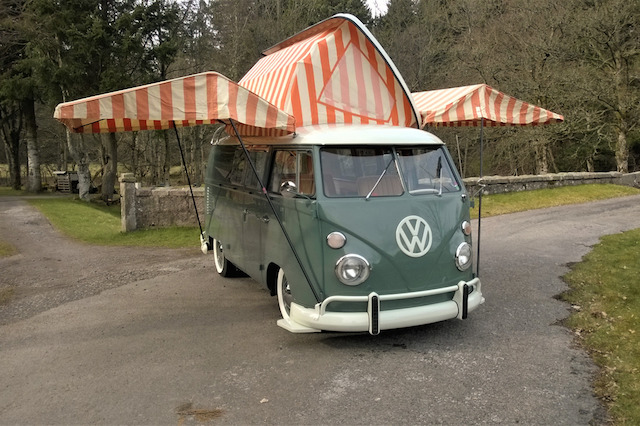 This very rare Volkswagen 'split screen' Camper van is coming up for sale at auction, and what a beautiful thing it is.

One of just three left in the world, this Camper is very different to any other thanks to double doors on each side of the vehicle.

Incredibly rare Volkswagen Camper van up for auction
Up Next

Most campers have either one or two doors on one side only, but this 1964 model was made with two sets. This also means it has two sets of awnings on either side, and a roof that opens upwards allowing occupants to stand up inside – a later addition by an owner.

It started life in Germany where it rolled off the production line with a 1.6-litre twin-port four-cylinder engine located in the rear. It was then shipped to San Francisco where EZ Campers of Little Rock, California, fitted it with a totally bespoke wooden interior.

It spent most of its life here and eventually, after a period of being unused, was bought by the owner of a world-renowned Volkswagen specialist, Vintage Warehouse. It was during this period that the pop-up roof and double roof bunk was added.

It eventually ended up being imported to the UK in 2005 and a full 'no expense spared' restoration commenced. It was eventually completed in 2012 with the wood having been fully restored and kept to the exact specification that EZ Campers had fitted when it was new.

A new old stock engine was sourced too and has covered just 5,000 miles since.

Offered for sale by Silverstone Auctions, the rare camper van goes under the hammer on July 29 and is expected to fetch between £70,000 and £80,000.