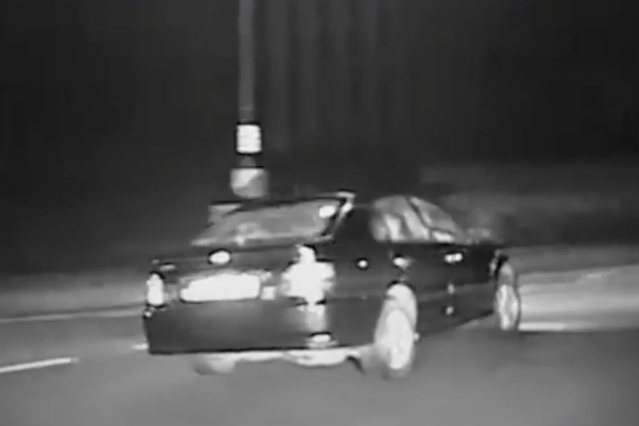 Police have released footage of a drink driver travelling at speeds in excess of 120mph, just before he ploughed into two police cars who were attempting to stop the reckless motorist.

The horrific driving of Martin Ralfs, 58, of Whitworth Crescent, Southampton, resulted in the injury of three police officers, as well as two police cars being written off when he crashed his Honda Accord into a police roadblock trying to stop him on the M27 in Hampshire. The crash resulted in £70,000 worth of damage.

Speeds of up to 127mph were recorded on the 23-mile pursuit, the chase starting when Ralfs sped past a marked police car at over 90mph.

Ralf had previously pleaded guilty to dangerous driving, drinking and driving, failing to stop and breaches of a restraining order was this week jailed at Southampton Crown Court for his "appalling driving" in April this year. Ralf was sentenced to two years in prison.

Andrea Becker, defending, said the driving offences and breaches of his restraining order were the result of a "mental breakdown" after ending a relationship with a former partner.

Sergeant Mark Furse from Hampshire's Road Police Unit said: "It was sheer luck that no one was seriously injured or killed as a result of Mr Ralfs' reckless driving."