Jensen Interceptor lot on eBay could be worst ever 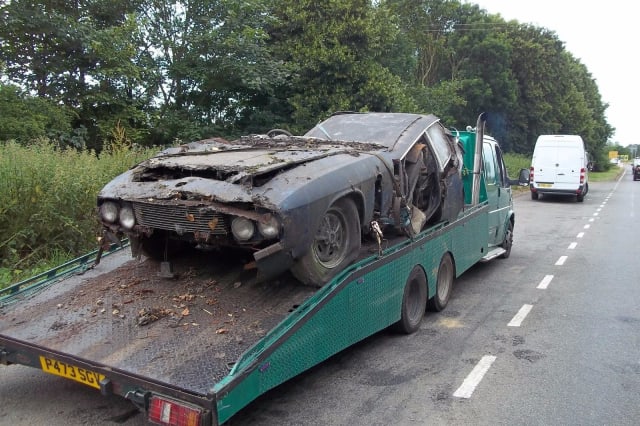 A Mark I Jensen Interceptor has been put up for sale on eBay and it could be argued it's one of the worst to appear on the auction site.

Listed by user emmafallow_0 and tagged as 'for parts only', this 1967 version of the classic British sports car can only be described as a pile of rubbish, with the blue coupe in terrible condition.

Originally posted as a restoration project, the lot has since been relisted as for parts only, with the seller saying: "Just trying to help people who [are] finding it hard to get parts."

Also described as 'Super rare', this auction piece comes with plenty of parts that are claimed to be in good condition, such as the seats, steering wheel, chrome parts and the wheels – although it is stated new tyres would be needed. All of the glass was removed from the vehicle to 'save it' and the automatic gearbox has also apparently had work done to it.

The 6.3-litre V8 engine is quoted to have done 80,000 miles and the car comes with all the relevant documents, including the full set of V5 articles and identification of the car.

The images don't paint a flattering picture of the vehicle's condition either, with a large part of the rear end in pieces and many sections of the bodywork in tatters.

Jenson Interceptor lot on eBay could be worst ever
Up Next