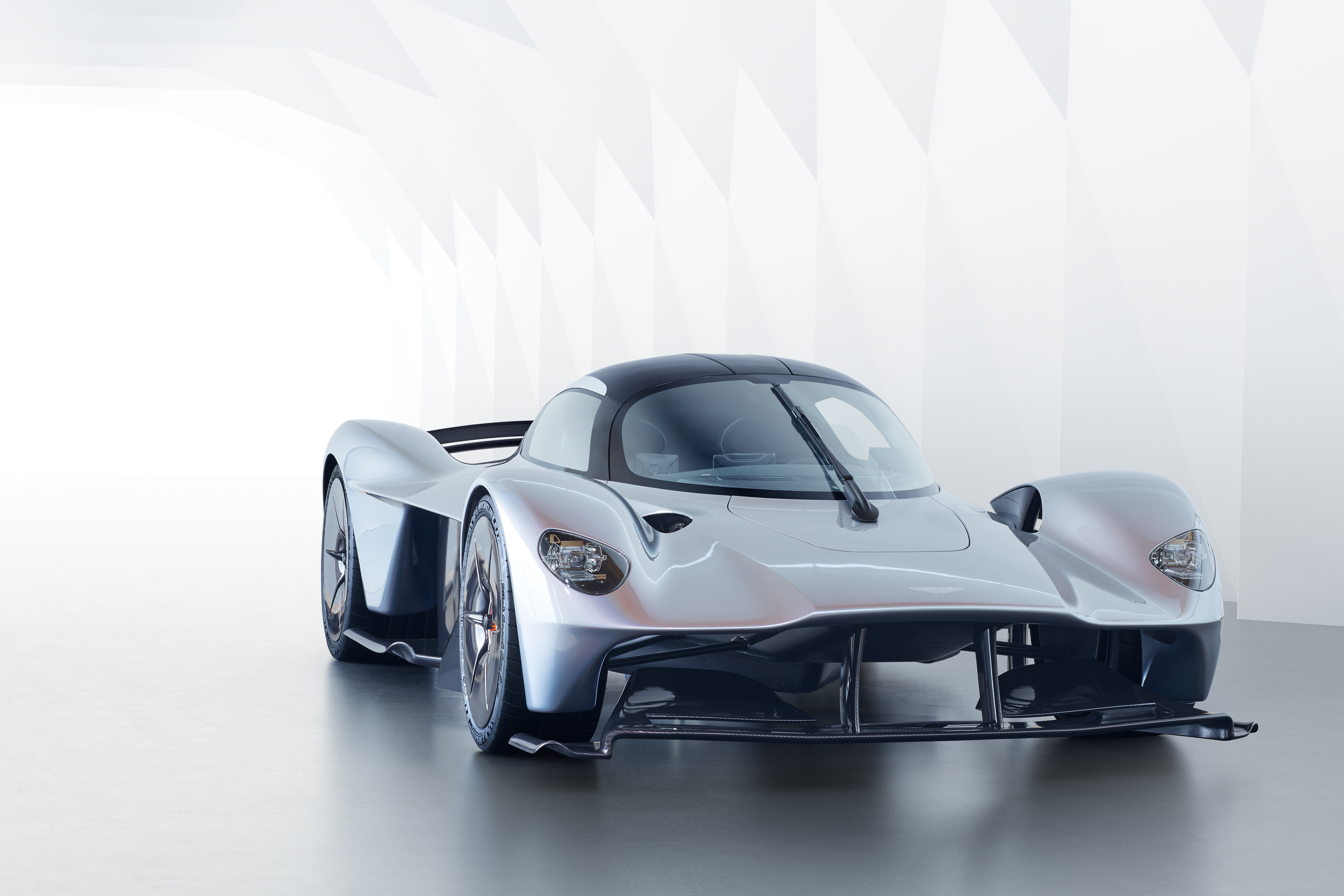 New pictures have been released of Aston Martin's upcoming hypercar – the Valkyrie – and claims development of the exterior design is now '95 per cent complete'.

Built in conjunction with Red Bull Racing and AF Racing, the Valkyrie was first unveiled in July 2016 and was marketed as a Formula One car for the road, thanks to the Austrian Formula One team's expertise.

The new images reveal the interior layout for the first time and it is very spartan in its design, with only three individual displays – two of which will be streams of the wing-view cameras – and a racing-style, detachable, multifunctional steering wheel with a central screen. You don't even get a rear view mirror due to the lack of a rear window.

"We've been fighting for millimetres everywhere, but the battle has been worth it, as it's been fantastic seeing customers try the interior buck for size. They love the ritual of getting in and how it feels to be sat behind the wheel. They're also genuinely surprised at how the car just seems to swallow them. You really do have to sit in it to believe there is genuine space for two large adults."

Aston Martin has also changed the wheel design, opting for a more aerodynamic 'flat-faced' approach, and also have fitted the smallest central brake light possible, which is just 5.5mm wide and 9.5mm high – all in the pursuit of saving as much weight as possible.

The Aston Martin signature badge have also been especially designed for the Valkyrie, with the ones adorning the bonnet thinner than a human hair and 99.4 per cent lighter than the standard enamel badge.

Aston Martin's creative director for exterior design, Miles Nurnberger, said: "Much of what you see is actually the structure of the car, so this had to be signed-off relatively early in the project.

Aston Martin unveil new details of the Valkyrie
Up Next