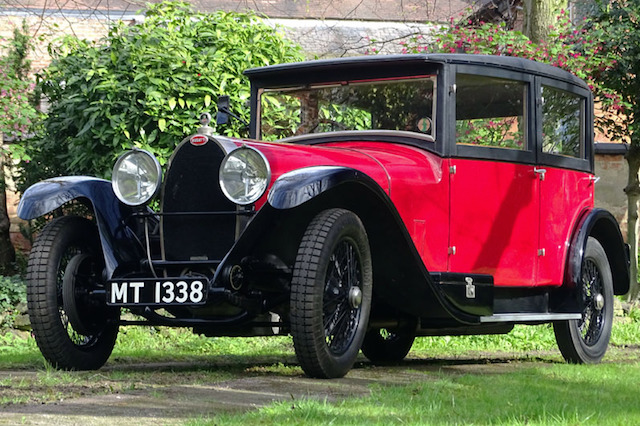 A vintage Bugatti that was riddled with bullets by a German officer during the war is going under the hammer.

The car started life as a 1929 Type 44 Bugatti Vanvooren saloon, and was owned by a member of the Peugeot family in France.

It featured a 2.9-litre eight-cylinder petrol engine with a top speed of 95mph – hugely fast for the period. It was also viewed as one of the most luxurious cars you could buy.

Ten years later, however, when the Second World War broke out, German forces occupied the Chateau in Montbeliard where the family lived.

Despite the car being hidden out of sight, it was found by a German officer, who decided the vintage car would make perfect target practice.

Although it had bullet holes throughout one side of it, the Peugeot family kept the car after the war, until 1962 when it was gifted to a Dutchman.

The original bodywork was later used on another Type 44 in the UK, and was restored over a four-year period during the 1990s by Wilkinsons Coachbuilders of Derby.

Damian Jones, of H&H Classics, which is selling the car, said: "It is beautifully detailed with unusual triple-hinged doors and among the most delightful vintage saloons we have encountered."

The car goes on sale at the H&H Classics auction being held at the Imperial War Museum, Duxford, on July 26.