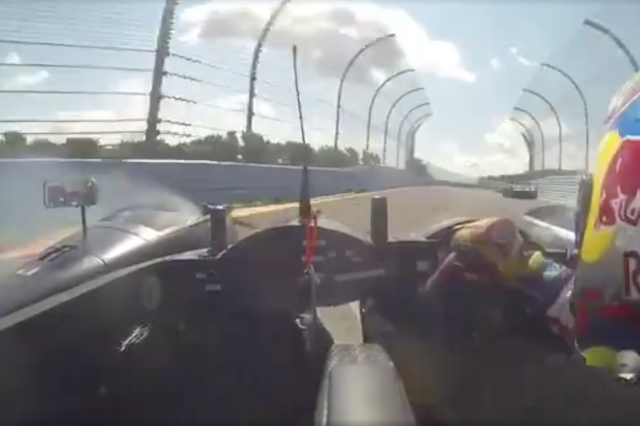 This is the astonishing moment professional racer Gustavo Yacamán managed to regain control of his Oreca FLM09 racing car during a sports car competition at Watkins Glen.

Yacamán, 26, was accelerating into a bend at the Watkins Glen International track in New York when he began to slide sideways at speed.

The footage shows him holding the steering wheel in a sharp right position – narrowly avoiding a smash with other cars as he does - before he manages to control the car and carries on with the race.

The Columbian born racing driver posted the video on his Facebook page, saying 'The biggest save of my life – comments below.'

Lots of followers have responded, with one person saying: "He saved it, whether luck or skill. I've never seen someone lose it that big in the esses and come out in one piece."