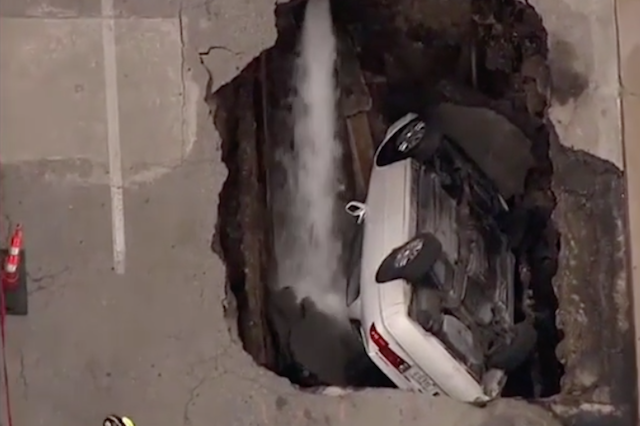 A gym-going couple got the shock of a life-time, after they returned from their work out only to find their car had been swallowed by a sink hole.

According to ABC News, Jordan Westerberg and his fiancée had found a parking spot close to their gym in St. Louis, Missouri. However, when they returned, the car was nowhere to be seen.

Incredibly, the white Toyota Camry had been swallowed by the sink hole, which measured roughly 20 feet deep and eight feet across.

It's not yet clear what caused the sink hole to appear, but according to local media reports no one was injured in the freak event.

Westerberg is hopeful that he will receive some compensation for his car from whoever is responsible for the sink hole.