Ultra-rare Mercedes 280SE up for sale 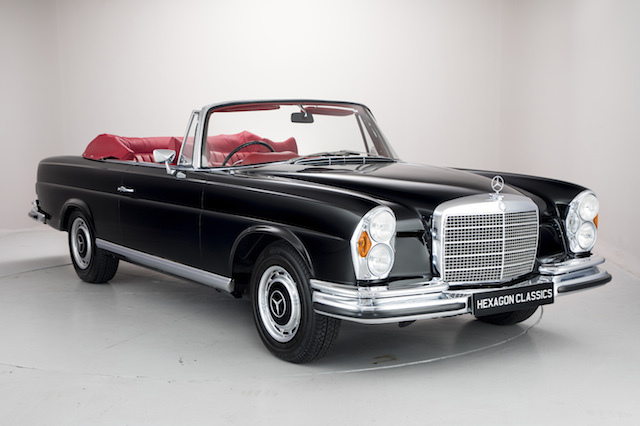 Not only is this particular example flawless, but because only 68 right hand drive models have ever been produced, it's rare too.

Ultra-rare Mercedes 280SE up for sale
Up Next

The car has been fully restored and comes with a striking crimson red leather interior that contrasts with a jet black exterior – paintwork that seems to have a deep glossy shine as if it just came out of the Mercedes showroom. The red roof matches the interior and makes the car look incredible.

The car was restored in Brisbane, Australia where it has spent most of its life, and was completed by Mercedes-Benz restoration specialists Sleeping Beauties.

It also comes with a very rare and sought after four-speed automatic gearbox which is mounted on the floor rather than a column shifter, which many of the saloon and coupe versions came fitted with at the time.

At the time this was one of the finest four-seat convertibles available, competing with the likes of Rolls-Royce and Bentley's Corniche. It comes with luxurious such as power steering, fully-electric windows, front headrests and even assisted braking.

Not only is it in near-concours condition, it also comes with all its original handbooks and even a picture by picture catalogue of its restoration process.

The company selling the car, Hexagon Classics, claim that it's the only right-hand-drive model currently on sale in the world today and as such deserves its asking price of £290,000.