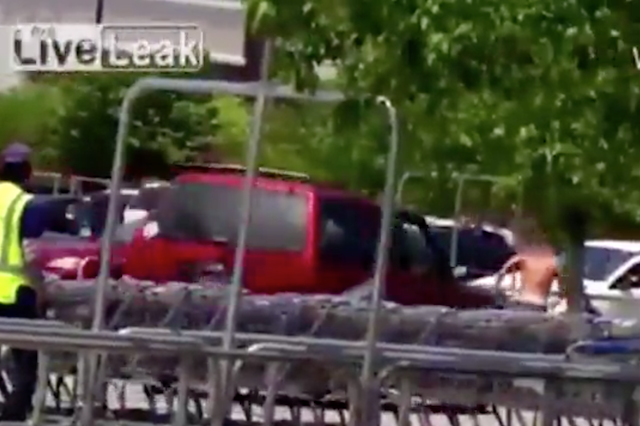 This is the shocking moment a pregnant woman mowed down a man she claimed had stolen her purse from the front seat of her car.

Christine Braswell, 26, claimed she found the man - who was identified later as Robert Raines - rummaging through her SUV

After he ran off she decided to give chase on foot but soon decided to drive after him. In the process she can be seen accelerating at high speed towards Raines before running over him.

Witnesses have confirmed that Raines was ransacking Braswell's SUV before she was captured on camera driving over the top of him in an attempt to stop him fleeing.

The incident happened at a Walmart parking lot in Asheville, North Carolina. Raines was taken to hospital with minor injuries and has subsequently been charged by police with breaking and entering, larceny and misdemeanor damage to property.