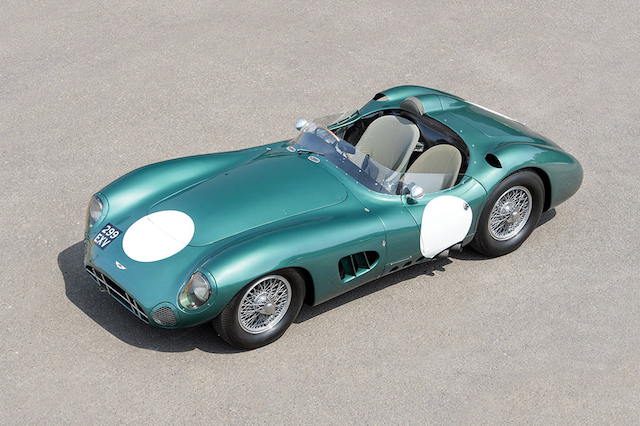 One of the most important Aston Martins ever created, a 1956 Aston Martin DBR1, is coming up for auction for an astronomical sum that could put it in the record books as the most expensive British car ever sold.

Expected to fetch more than £15 million at auction, this particular DBR1 isn't just incredibly rare but also comes with stacks of racing pedigree and is steeped in heritage.

Having been raced by greats such as Sir Stirling Moss, Carroll Shelby, Reg Parnell and Roy Salvadori, this car is itself a living legend.

Just five examples were made, with this being thought of as the most original example.

One of the highlights in this car's long 61-year history was it taking victory at the Nurburgring in 1959, which secured a place for the British automaker in the world sports car championship.

Barney Ruprecht, car specialist at RM Sotheby's, said: "Sometimes we are privileged to bring a car to auction that has a unique place in history; cars which present an unrepeatable opportunity.

"The Aston DBR1 to be offered in Monterey is one such vehicle. Not only is it one of the most beautiful sports racing cars ever made, it also happens to be the first of only five cars built and boasts a fantastic racing history in the hands of some of history's greatest drivers."

The car will go on sale at the R.M Sotheby's auction held in Monterey, California between August 18 and 19.