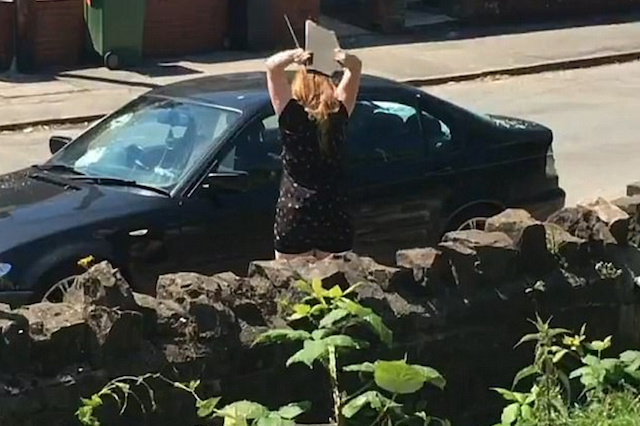 A woman has been caught on camera hurling a rock through the window of her "cheating boyfriend's" BMW.

The brief clip was recorded in Cardiff, and shows the red-haired woman lifting the heavy rock above her head before throwing it through the front passenger-side window – shattering it immediately.

According to the Mail Online, the woman is also believed to have attacked the car with a metal tent peg smashing the BMW's back window.

After finishing her onslaught, she can be seen running off down the street.

Ben Taylor, 21, filmed the woman's attack. He told the Mail Online: "She was smashing up the car for about 10 minutes. She kept smashing the windows with what I think was a tent peg.

"She was there for so long the police had turned up seconds after she had run away."

Pictures of the heavily damaged BMW were allegedly shared on social media, explaining that the woman was getting revenge on her cheating boyfriend.