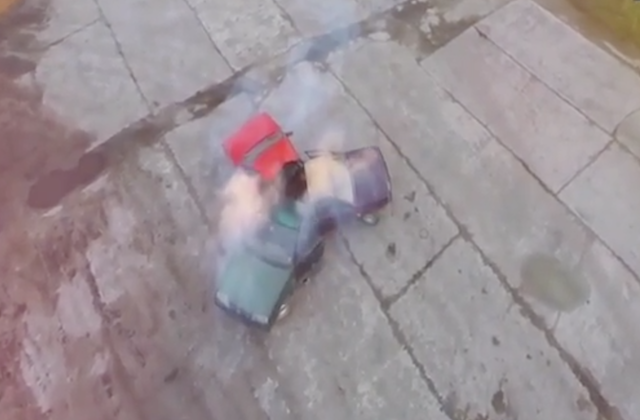 Three mechanics from the Novosibirsk of Russia have built their very own giant fidget spinner – out of three old cars.

The group of mechanics, known as Garage 54, created the spinner out of three clapped out Lada 2109 models.

The front end of each car was welded together so they spin together in a circular formation.

The video captures the bizarre creation making its way across a huge abandoned car park, swinging around with smoke coming off the screeching tyres.

Speaking to the BBC, the group said: "You saw it yourself. It looks like a real spinner. We didn't get the crazy spinning, as the cars started to break down," one of the team said. "But still we managed to drive three cars at once."

The video of this giant version of the popular cult toy has been viewed on YouTube more than 600,000 times. The group's YouTube page also has more than 700,000 subscribers.