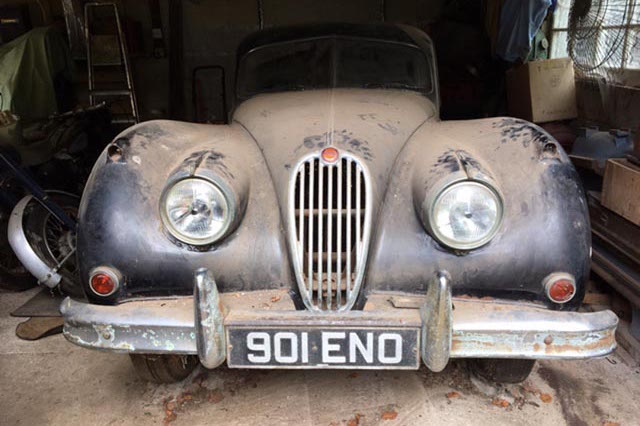 Barons auction last week at Sandown Park saw some amazing barn finds being sold off along with lots of other classic cars.

One of the most notable lots was a 1954 Jaguar XK140. This early car is a fixed-head coupe and was originally bought in 1979 as a restoration project.

Sadly it was never finished, and has been sat in storage ever since. Although the engine and gearbox were removed along with a plethora of other parts, the car still had all of them included in the sale and was described as being complete.

It was sold with no reserve and fetched £16,775 as it crossed the auction block.

At the other end of the scale in fantastic condition was a fully restored 1924 Riley 11/40 Sports Tourer.

In stunning condition, it had just been fully re-commissioned at an estimated cost of between £80,000 and £100,000, and is a totally original car with all the original engine components, gearbox and running boards.

Considering the amount spent restoring this rare tourer, it sold for just £28,500 making it a bit of a bargain.

A 1971 Bristol 411 S2 was another barn find to be sold off. The car was bought in 1988 and then had a full interior restoration in 1989, including all of the wood and a fabric sunroof. In 1990 it won a Bristol Owners Club Dudley Rylett Trophy, which was included in the sale.

In 1999 it was locked away and hasn't come out since. And apart from being started up every month until 2010, it hadn't been used either.