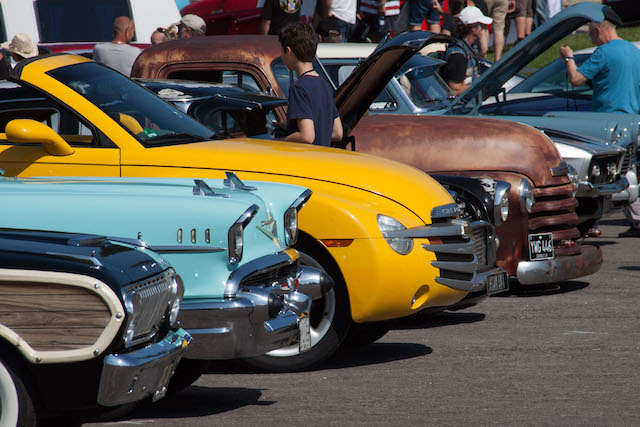 The National Motor Museum at Beaulieu has had massive success so far this summer with two different car events attracting thousands of visitors from across the country over the Father's Day weekend.

On Saturday there was the Simply VW event, which saw 495 Volkswagens of every size, shape and vintage – from Golfs to Passats and Samba Busses, there was something for everyone turning up to take a look.

Beaulieu celebrates father’s day weekend in style
Up Next

The winner of the People's Choice award however was a crew cab T5 pickup truck owned by Jon-Paul Lockyer, from Basingstoke.

With air suspension and bright white and black paintwork, it was built using a standard Volkswagen T5. He said: "I bought another van to cut up to make the rear body

"There were many long evenings and late nights to finish it."

On Sunday Father's Day itself, the museum braced itself for the 'Hot Rod and custom Drive-in Day,' where more than 600 customised bikes and cars arrived to show off.

This event saw a staggering 6,000 spectators turn up to enjoy the cars, bikes, live music and hot weather. Lord Montagu presented some of the awards personally, with Best Bike in Show going to a 1,200cc Harley-Davidson Chopper owned by Joe Cross from Southampton.

The best custom car was won by Brian Davison, from Portsmouth, for his Chevrolet 'stepside' pick-up truck – a car he uses as his daily driver no less.

There are several similar events taking place throughout the rest of the year including Simply Land Rover on June 25, Simply Jaguar on July 9 and Simply Smart on November 12.