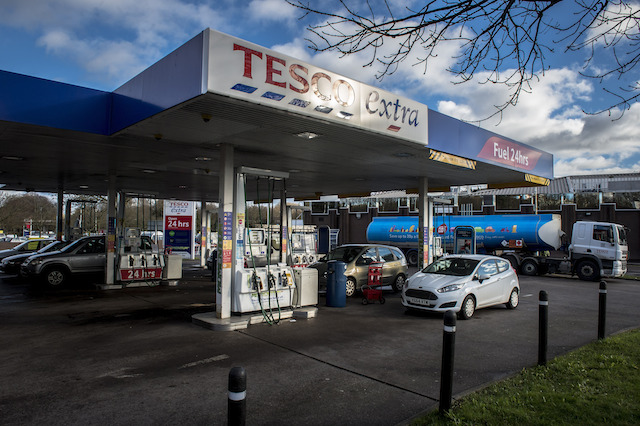 A new price war has broken out at the pumps as competing supermarkets slash the cost of petrol and diesel by 2p per litre, after wholesale prices took a dive.

According to the Telegraph, it all kicked off yesterday when Asda dropped its fuel price cap by 2p so that its customers wouldn't have to pay more than 111.7p per litre.

This provoked a reaction from Sainsbury's, Tesco and Morrisons, which dropped their prices to a similar level.

The move has been hailed by motoring experts as "excellent news" for customers, as it balances out rising prices in shops.

The market price of oil has decreased recently, but retailers have been reluctant to pass the savings on to consumers – an attitude that has been criticised by motoring groups.

The RAC said last week that the fall in wholesale costs meant fuel stations should be dropping the price of diesel by 4p per litre and petrol by 2p per litre.

Simon Williams, spokesman for the RAC, said: "The supermarkets have led the way and we now hope for a much-needed price cut chain reaction across the country, with other retailers quickly following suit.

"Unfortunately, a cut to the price of diesel is long overdue as its wholesale price has been lower than petrol's for weeks with little reflection of this on the forecourt."

Luke Bosdet, spokesman for the AA, said: "Cheaper fuel has paid dividends for the supermarkets by maintaining their sales volumes while others' have dropped.

"This may pull back the customers who have been going to non-supermarket forecourts for top-up shopping combined with a fuel stop. Non-supermarket petrol stations are going to have to react, as will the rural small town forecourts still charging an astonishing 120p a litre."

Dave Tyrer, head of petrol at Asda, said: "Our new national price cap of 111.7p per litre on both unleaded and diesel will be welcomed by the millions of drivers who will be starting to plan their summer holidays."