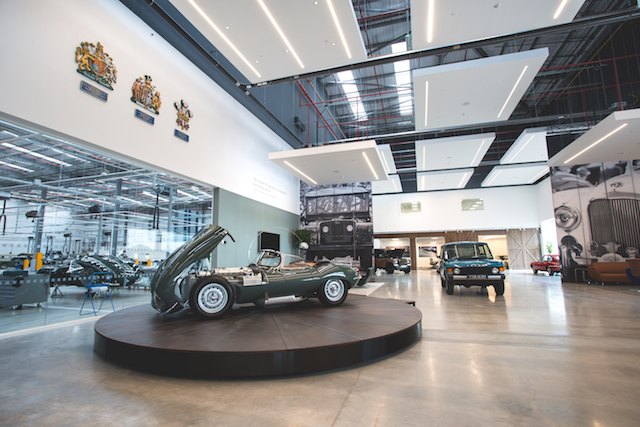 A brand new car factory has opened in Coventry - but it isn't for new cars.

Jaguar Classic Works will instead be restoring or building from scratch classic Jags of bygone eras. From XKSS to E-Type Lightweights and XJ220s, all sorts of Jaguar's can be accommodated, including original racecars.

The 14,000 square foot facility cost more than £7 million and can hold 54 cars at a time. However, having a car built is strictly for the well heeled, with the factory designed to make cars costing upwards of £1 million.

So what do you get for this huge sum of money? Well, you have a unique classic Jaguar that is totally hand-built from the ground up with the style and patina of a classic, but with modern upgrades made entirely made to your specification.

For those without a million burning a hole in their back pocket, there is a much cheaper option. For £49 you can go on a three-hour tour of the site and get to grips with the whole operation.

Not only does the facility restore and build cars, it also has many on display too, with a collection of more than 500 Jaguar Land Rover (JLR) cars. There is also the JLR Legends section, which holds cars that are for sale.

If you already own a Jaguar or Land Rover, you can also have it looked after at the facility, whether it's a series one Land Rover Defender or a second-generation Jaguar XKR – all models are catered for.