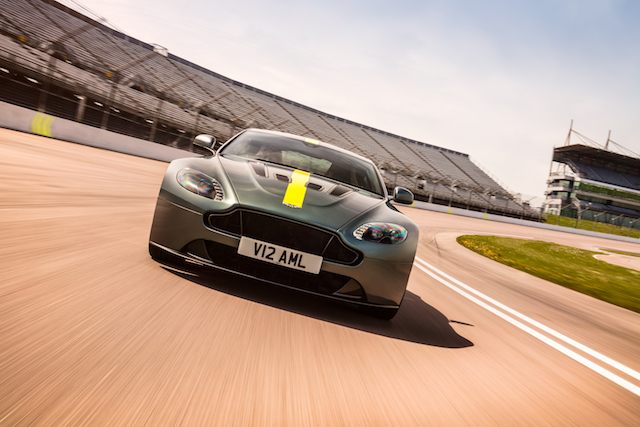 Aston Martin unleashes its Vantage AMR
Up Next

All models are design to commemorate Aston's racing heritage and send the Vantage out with a bang as the new model is prepared to replace it. Because of this rarity, expect these models to sell like hotcakes and become future investment classics.

The cars are available with various visual enhancement packages that liven up the exterior bodywork with four different liveries, including white and orange, black with blue, blue and red, and silver with grey.

There is also an optional grey-green and lime colour to choose, with enamel Union Jack emblems emblazoned on the body to commemorate last year's championship-winning GTE car – a no cost option.

Inside and the interior will be very familiar to any Aston Martin Vantage owner with all the switchgear being exactly the same. It looks fantastic though thanks to contrasting leather and Alcantara being used throughout the cabin.

The starting price is £97,995 but tick a few boxes on the options list and that price will soon rise.

For a start there are several carbon-fibre options to be had both inside and out, not to mention personalisation through Aston's Q branch – allowing you to add unique touches to the car

Deliveries are expected to start later this year, with the car being available to order now.