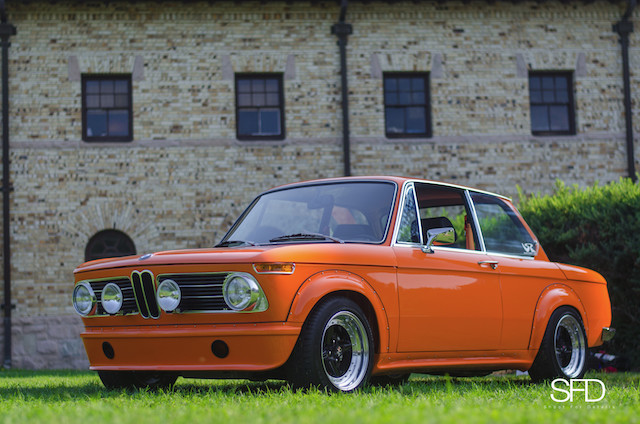 Now you could own this stunning 1972 Inka Orange BMW 2002tii as it is currently for sale online with just three days left to run.

Its current owner purchased it in 2004, and the transformation it has gone through is amazing.

Beautiful AC Schnitzer-tuned BMW 2002tii up for sale
Up Next

The restoration took more than five years and in that time a huge amount of modifications were completed.

The idea behind the car was to create the owner's version of what a vintage BMW M2 would have been like, so he took parts from M-Performance cars and an engine by tuning company AC Schnitzer.

For a start the original 2.0-litre 128bhp engine was replaced with the AC Schnitzer modified one – a 2.5-litre unit lifted out of a 1980s E30 BMW M3 and mated to a five-speed manual gearbox.

This hasn't just given the car a more modern engine, but extra power too, with the E30 M3 producing more than 200bhp.

The detail of this car is very intricate; right down to the wide body wheel arches and chromed bumpers.

Many of the parts are original, with the owner buying two parts cars during the rebuilt so as to keep the car original but make it more modern at the same time. One updated touch comes in the form of LED rear taillights that are easier to see at night.

Inside, the Recaro seats are lifted form a 320i BMW and the rear ones are from a BMW 635CSI – all finished in black leather with orange and blue inserts to match the bodywork.

The pictures show how much time, money and effort have been spent, with the car being stripped right back to bare metal and rebuilt from the ground up to the stunning creation we see here.

And it is still flawless seven years after the restoration because in that time it has been driven just 450 miles.

The car is currently available on bidding website bringatrailer.com for just under $70,000 – around £55,000.