Rider knocked out at 140mph in horrific track day crash 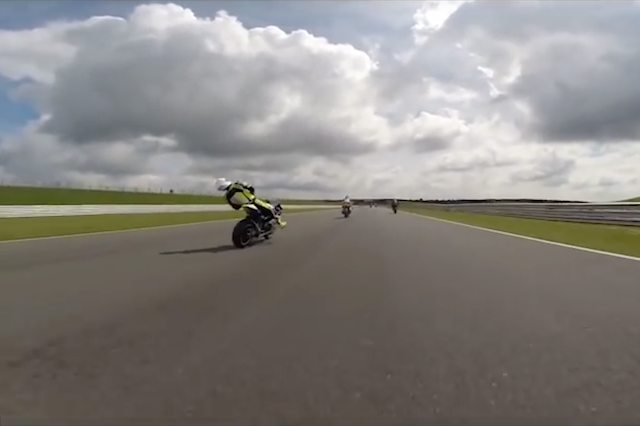 This is the truly frightening moment a rider is rendered unconscious on the track.

Racing biker Josh Boyd was racing his BMW S1000RR at more than 140mph on the Snetterton race track in Norfolk, when a piece of flying bodywork struck him in the head.

The shocking footage shows him lose consciousness before the bike veers sharply to the right and ends up on the grass – catapulting Boyd through the air and narrowly missing the barrier.

Jones Dorling Racing, the Pirelli National Superstock 1000 championship team that Boyd races for, made a statement saying: "Not what we wanted to be sharing with you all after yesterday but Josh puts this precisely as it is.

"An accident that could've been prevented through proper procedure and proper checks!!! Thankfully Josh is ok and will be back racing ASAP."

Boyd himself went on to say: "This incident was caused by carelessness from the owner of the yellow ZX10R. Properly fastened and secured bodywork doesn't 'fall off.' "