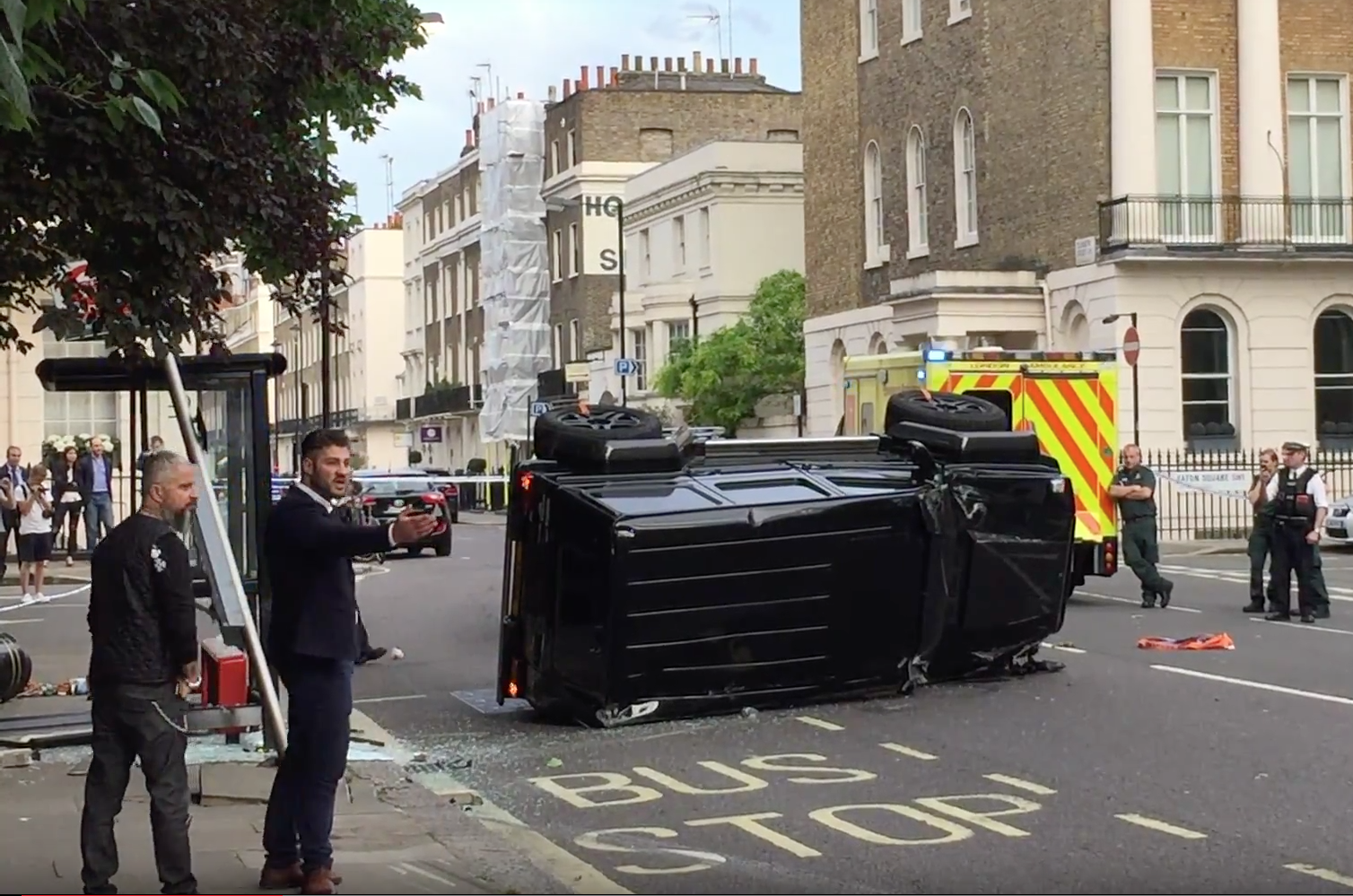 A shocking crash happened in London at the weekend, when a Mercedes-based Brabus G500 4x42 was flipped on its side by a Toyota Prius.

Eyewitnesses posted on social media that the hybrid saloon hit the two-tonne off-roader on the side and this caused the G500 to roll.

Costing more than £200,000, the 4x42 was found on its side with the large majority of the right-hand side damaged. It appears that the Brabus-tuned model also crashed into a bus stop, which suffered extensive damage.

The hybrid Prius also suffered significant damage with a large section of its front bumper being ripped off in the crash.


When the G500 was righted, the entire top half of the body was distorted due to the impact and it wouldn't have been a surprise if the vehicle was completely written off.

Both drivers walked away from the incident without injury.