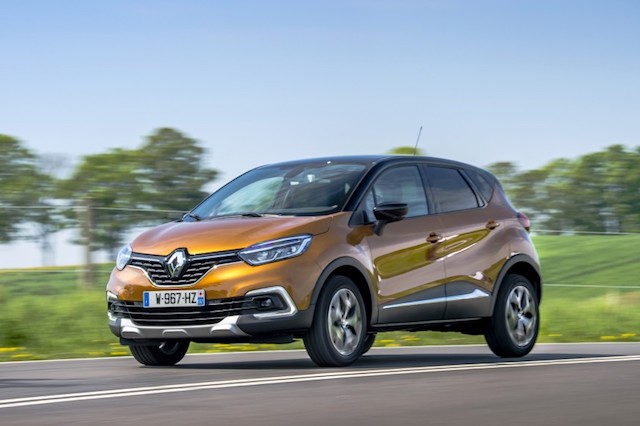 Renault has updated its hugely popular Captur urban crossover for 2017. AOL Cars gets behind the wheel to see what difference the subtle changes make to what was the best-selling car in its segment in Europe last year.

Quite an important car for Renault, really. In 2016, it was the best-selling urban crossover in Europe, with the French manufacturer managing to shift a considerable 215,670 units in total.

To keep customers interested, Renault has lightly updated the Captur for 2017, introducing new LED running lights as well as an improved selection of alloy wheels. In a bid to boost its supposed off-road credentials, the Captur has also gained new skid plates.

While the changes are indeed minor ones, they help bring the Captur more in line with Renault's other models – such as the larger Kadjar and the forthcoming Koleos SUV. Although the exterior may have been treated to an update, beneath the skin it's business as usual, as the Captur retains the same 1.2-litre petrol and 1.5-litre diesel engines that powered its predecessor.

Our test car was fitted with the smaller 1.2-litre petrol engine. In the Captur, this unit develops 118bhp and 205Nm of torque, which allows for a respectable 0-60mph time of 9.7 seconds, as well as a top speed of 119mph.

This engine shouldn't cost a huge amount of money to run, either. Renault claims that it can manage 51.5mpg on the combined cycle, while CO2 emissions stand at 125g/km.

The Renault Captur Dynamique S Nav that we road-tested was priced at £19,095. Equipment included air conditioning, a multifunction steering wheel and a full infotainment system that incorporates satellite navigation.

Thanks to a revised interior, many of the cheaper-looking plastics that were used in the older model have been done away with, leaving the Captur with a much more premium feeling cabin. However, in the lower reaches of the interior there are still some of these cheaper plastics left over, which seem to be accentuated by the new soft-touch materials that are now used on the dash.

The aforementioned infotainment system is a welcome feature, however, it isn't quite as responsive or quick as some of the solutions that are found in rival cars. One feature we were particularly impressed with was the Bose stereo system – which made our music sound that much better.

Plenty. The Renault Captur goes up against the likes of the Toyota CH-R, Vauxhall Mokka X and Citroen's quirky C4 Cactus. There's also the Nissan Juke, Peugeot 2008 and the latest Fiat 500L. Later in the year, the Captur will also have to duke it out with the new Seat Arona and Hyundai Kona.

Surprisingly for a car in this segment, driving the Captur was a pleasingly involving experience. The 1.2-litre petrol was well suited to driving in the city, although you did need to change gears rather frequently to get the most out of the engine. This is a point of contention, actually, as the manual gearbox wasn't the nicest to use. Compared with those offered in rival cars, it was also lacking in accuracy. That said, though, the Captur's ride was comfortable enough, and it did a good job of coping with any uneven surfaces that we encountered on our test route.

Anyone in the market for a mini crossover that is simple in its layout and economical will find the Captur an appealing proposition. While changes implemented on this refreshed model aren't exactly extensive, they do help to keep the Captur relevant in this hugely competitive market segment. That said, the Citroen C4 Cactus and Toyota CH-R are equally as impressive, meaning the Captur does have something of a fight on its hands.

First Drive: Renault Captur
Up Next