Woman stops carjacker by jumping on the bonnet of her Subaru 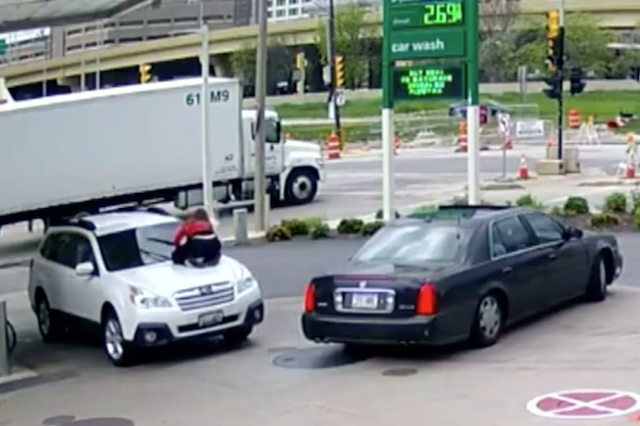 This is the shocking moment a fearless woman jumped on the bonnet of her car as thieves tried to steal it at a petrol station.

Melissa Smith, 28, was filling her Subaru Outback up at a petrol station outside Milwaukee on Tuesday when a black Cadillac suddenly stopped by her car.

Within seconds, a man had jumped out of the Cadillac and got behind the wheel of Smith's Subaru.

After noticing the carjacker, Smith jumped on the bonnet of the car and clung to the windscreen wipers. The thief attempted to drive away with Smith still on the front of the car, but eventually gave up and abandoned the Subaru before it left the forecourt.

Smith then had to run after her car to stop it from crashing into traffic on the road.
Tags
Read Full Story