Criminals could be using rapeseed fields to hide cars 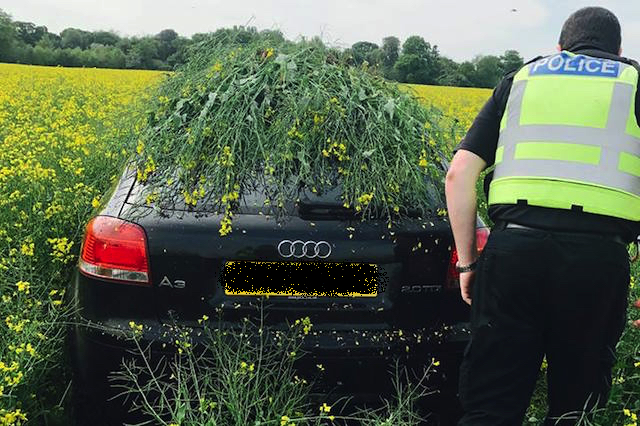 Thieves are using a rapeseed field to hide stolen cars, it has been claimed.

Chloe Fieldsend, 27, from Aisthorpe, Lincolnshire, revealed the information after her black Audi A3 was stolen from outside her home and found hidden in one such field.

Police explained to her that the thieves often use these fields as the rapeseed wraps around any car body or machinery like string and makes it very difficult to see amongst all the bright yellow tops.

They also leave the car for a few days in order to see if the car is fitted with a tracker. If not they can return to the car and store it elsewhere.

Fieldsend spoke with Lincolnshire Live about the car being stolen. She said: "I woke up this morning to see my car had gone which means they must have stolen it last night.

"A farmer found my car, but it was quite well hidden – you couldn't see it from the road.

"I was told by police that criminals usually take the stolen item somewhere nearby and hide them."

Comments across social media claim that this sort of crime is becoming more commonplace and has happened before.

Lincolnshire constabulary denies this, stating that it feels this to be a one-off crime.

However it is still conducting an investigation into the theft of the vehicle.

A spokesperson for the force, said: "The victim's vehicle was stolen from the old stables in Aisthorpe between midnight and 7.45am on May 22."

"The vehicle was found just north of Brattleby village but we are still investigating the crime."