Smart motorway procedures a mystery to most motorists, says RAC 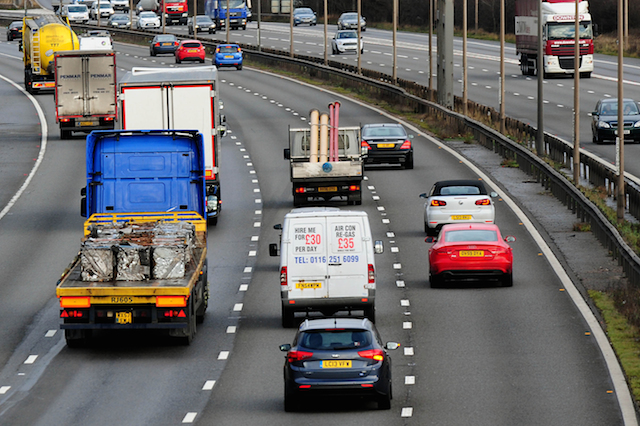 Many drivers are unaware of proper procedure when it comes to smart motorways, a study conducted by the RAC of more than 2,000 motorists has revealed.

Smart motorways are becoming more common in the UK, with large stretches of major routes being upgraded to the new specifications. A total of £3 billion has been invested in the upgrade, with more than 472 additional lane miles of capacity already added.

On smart motorways, gantry signs are used to control traffic speed and indicate which lanes may be used. The hard shoulder is often available for traffic during peak hours. Without the hard shoulder to provide a safe area in case of an emergency, smart motorways provide marked bays - emergency refuge areas or ERAs – that may be up to 1.5 miles apart.

The RAC's study revealed that 52 per cent of surveyed motorists did not know what an emergency refuge area was, however, there was significant confusion about how and why to use them.

Almost every motorist surveyed knew that an ERA should be used in the event of a breakdown or after an accident, but two-fifths (40 per cent) thought it would be appropriate to stop there to take medication and 27 per cent felt that they could be used in order for the driver or passenger to be sick. Only one per cent said that changing a baby's nappy, taking a rest or going to the toilet would be valid reasons to use an ERA.

However, nearly two-thirds of drivers knew neither what to do after stopping nor how to re-join the motorway after the emergency had cleared. Although 1.5 per cent of survey respondents had used an ERA, only one individual knew that they should contact Highways England to help rejoin the motorway if the hard shoulder was in use. All other respondents thought they should just rejoin as if it were normal a slip road, by waiting for a gap in traffic.

RAC chief engineer David Bizley said: 'Even though the first smart motorway was created more than 10 years ago and more schemes have come into operation in the last few years, there will still be many people who have not driven on one purely as a result of where they live and drive.

'Existing signage for emergency refuge areas is clear but will be further improved to make it even better for everyone. It is essential that motorists understand how and when to use an emergency refuge area so they do not put their own safety and that of other road users at risk.

'Vehicles should pull up to the indicated mark on the tarmac or the emergency telephone and then the occupants should leave the vehicle from the passenger side. Everyone should stand behind the barriers and should use the emergency roadside telephone provided to speak to a Highways England representative.'

The RAC's advice for using a smart motorway emergency refuge area is: