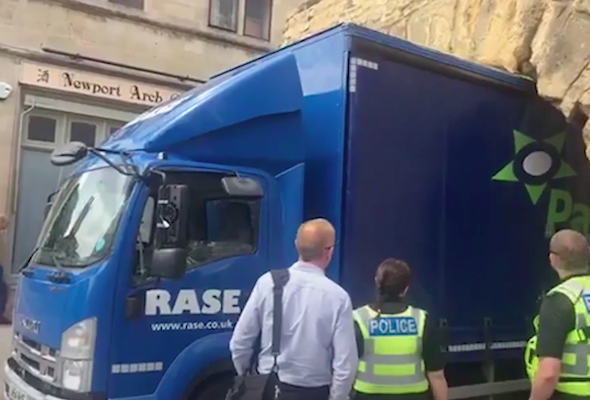 A lorry driver has been left with a bruised ego after mistakenly following his sat nav through the third century Newport Arch in Lincoln, only to get wedged underneath it.

Police were quickly called to the Grade I listed structure, which also happens to be the oldest working Roman arch in Britain, where they were confronted with a stricken Isuzu HGV.

The lorry, which was from local from local distribution company Rase, was only released after all four of its tyres were let down.

Experts were called in to assess the damage to the arch, which was built in 200 AD, with Kieron Manning, planning manager at City of Lincoln Council, telling The Telegraph that staff identified, "a small number of superficial scrapes".

"At this stage, we do not believe that there is any permanent structural damage. However, as a safety measure we have contacted the company we recently worked with on the restoration of the arch and asked them to attend the site and provide their expert advice on the matter," he added.